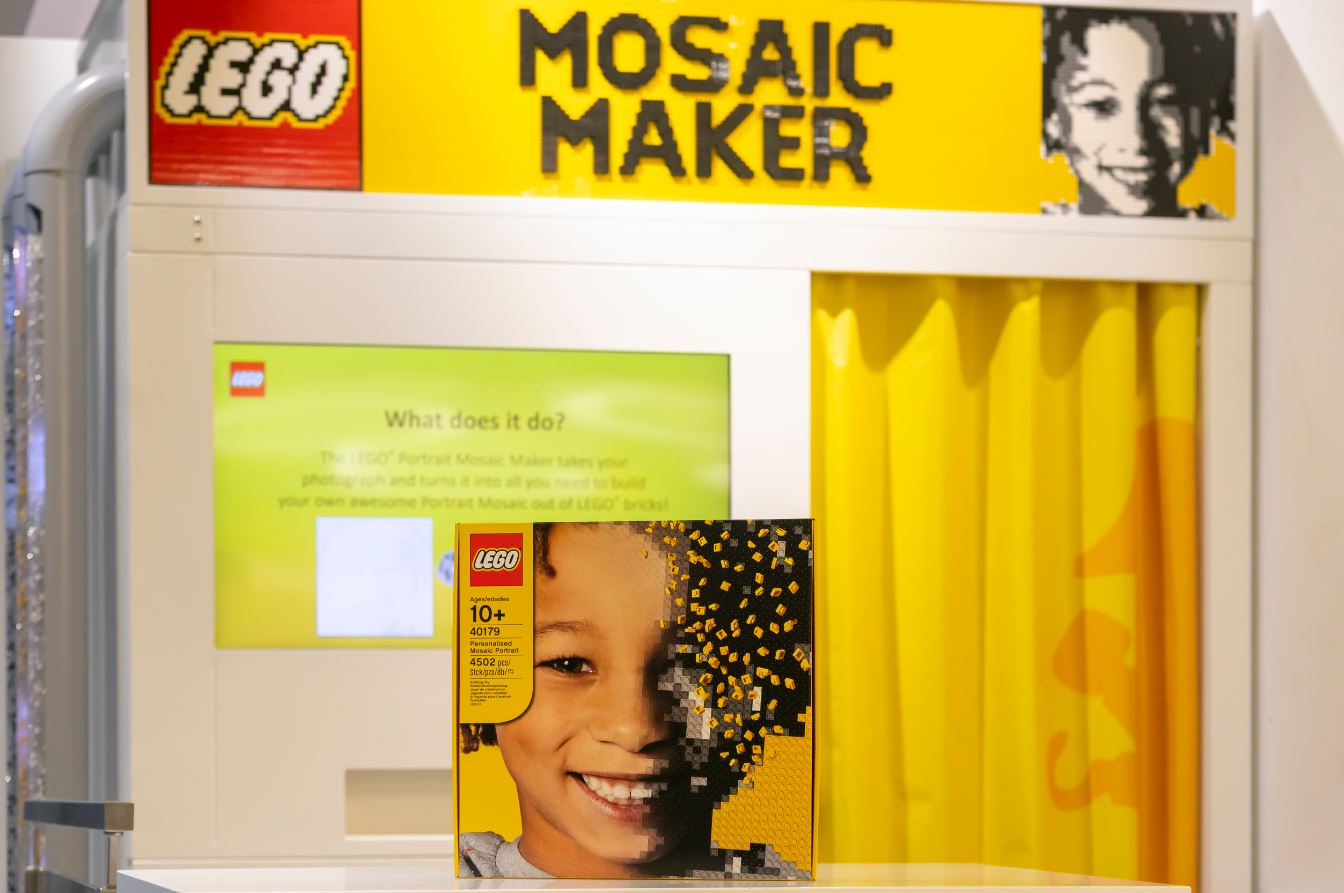 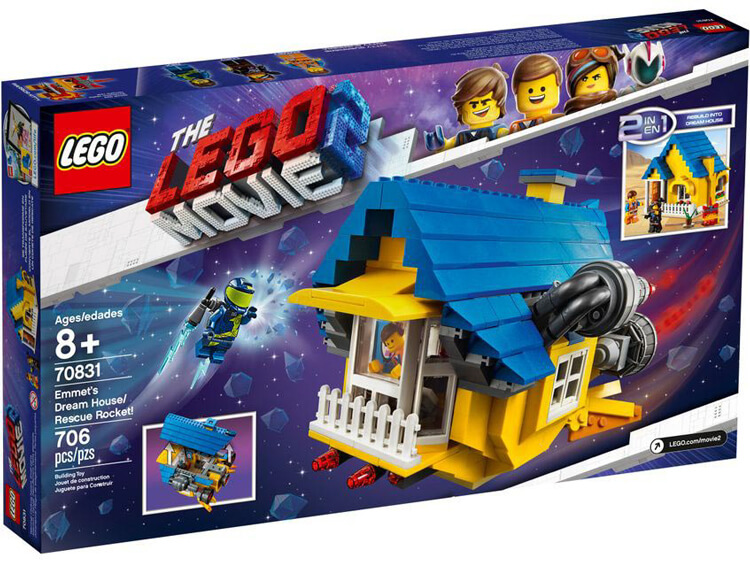 Rebuild Emmet’s home into a rocket then rescue Lucy with the 2-in-1 Emmet’s Dream House/Rescue Rocket, as seen in THE LEGO MOVIE 2! Open the house’s front door and relax in the living room and kitchen. Chill out with Unikitty as Warrior Kitty in the attic. Then show your master-building skills to turn Emmet’s house into a rocket. Blast off into space with Rex Dangervest, fire the spring-loaded shooters and save Lucy! 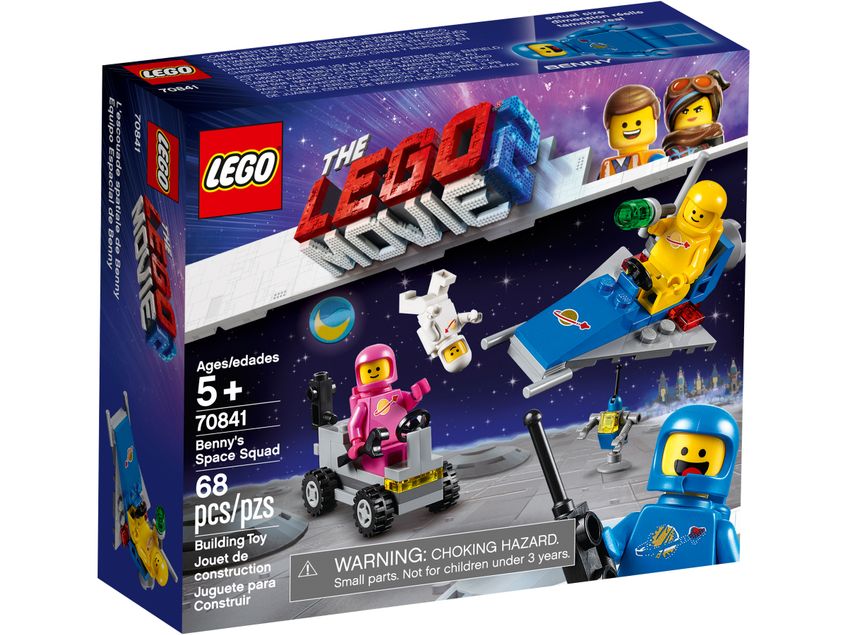 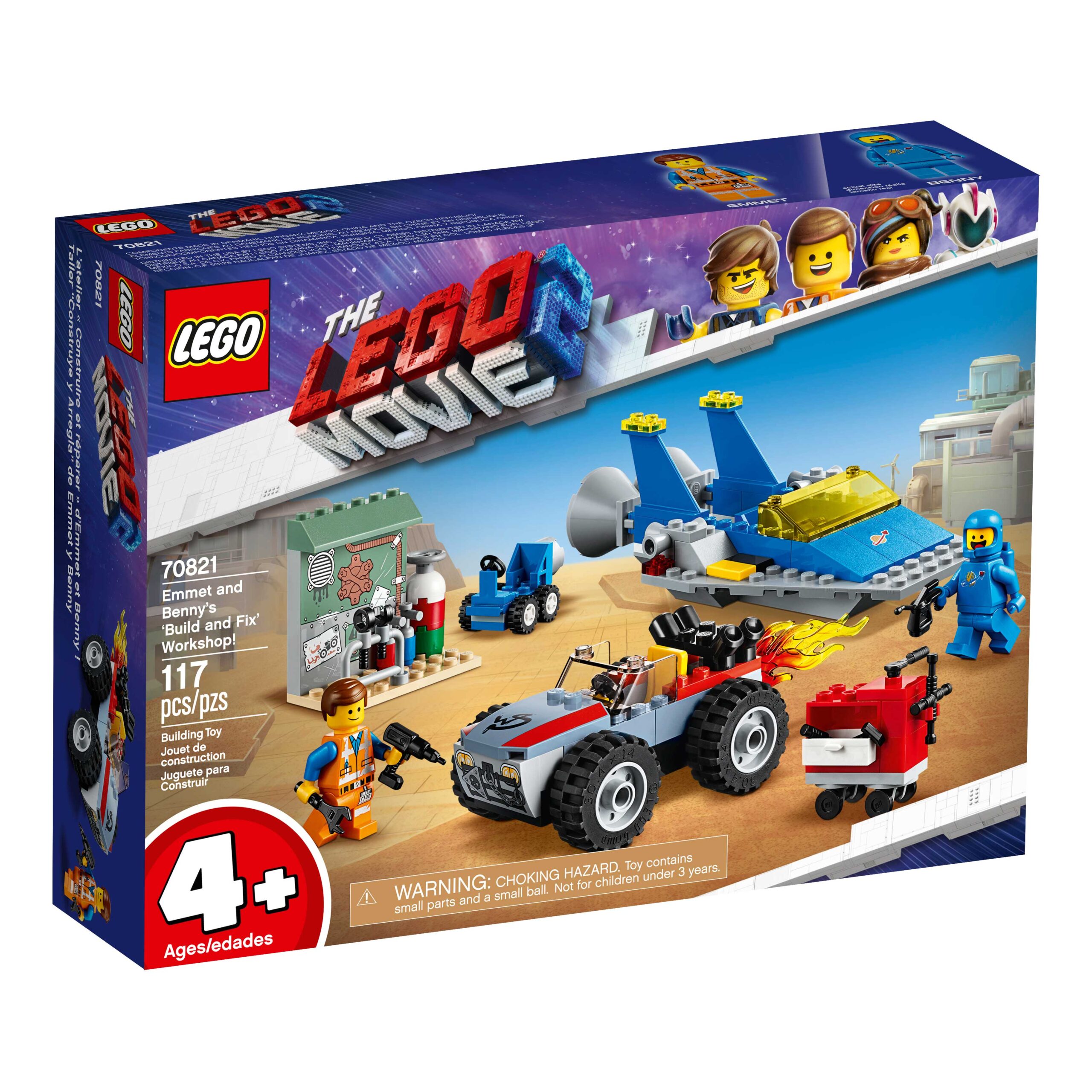 BILLUND, Denmark (November 20, 2018) – The LEGO Group today revealed an exciting collection of 16 building sets inspired by “The LEGO® Movie 2: The Second Part,” the much-anticipated sequel to the critically acclaimed, global box office phenomenon that started it all, “The LEGO Movie.” LEGO The LEGO Movie 2 building sets offer something for the entire family – from a LEGO DUPLO® set for the youngest of builders, to LEGO System sets for boys, girls and even adults – the collection leverages the entire LEGO System of Play, featuring minifigures and minidolls, to enable fans of all ages an opportunity to recreate the action and adventure of the film.

“LEGO bricks have both inspired and been the medium of creative storytelling around the world for more than 60 years, so it’s no surprise that there is such anticipation for the sequel to our very first LEGO theatrical film,” said Matthew James Ashton, vice president of design at The LEGO Group. “The team had a blast collaborating with filmmakers to imagine new characters, vehicles, models and scenes that showcase the power of creativity and imagination throughout the film, and we can’t wait to see what LEGO fans of all ages create as they build and re-build the film’s adventures.”

Building sets will be widely available in toy, discount merchandise and specialty stores and online channels, as well as at http://shop.LEGO.com and in LEGO Stores worldwide. The collection launches in waves, with select sets available starting December 1, with others following on December 26. Sets include:

The film reunites the heroes of Bricksburg in an all-new action-packed adventure to save their beloved city. It’s been five years since everything was awesome and the citizens are facing a huge new threat: LEGO DUPLO® invaders from outer space, wrecking everything faster than they can rebuild. The battle to defeat them and restore harmony to the LEGO universe will take Emmet, Lucy, Batman and their friends to faraway, unexplored worlds, including a strange galaxy where everything is a musical. It will test their courage, creativity and Master Building skills, and reveal just how special they really are.

Reprising their starring roles from the first film are Chris Pratt as Emmet, Elizabeth Banks as Lucy, Will Arnett as LEGO Batman, Nick Offerman as MetalBeard, and Alison Brie as Unikitty. They are joined by Tiffany Haddish, Stephanie Beatriz, and Arturo Castro as, respectively, new characters Queen Watevra Wa’Nabi, Sweet Mayhem and Ice Cream Cone.

“The LEGO Movie 2: The Second Part” is directed by Mike Mitchell (“Shrek Ever After,” “Trolls,” “Sky High”). It is produced by Dan Lin, Phil Lord, Christopher Miller and Roy Lee, the team behind the LEGO film franchise since “The LEGO Movie” debuted in 2014. The screenplay is by Phil Lord & Christopher Miller and Matthew Fogel, story by Phil Lord & Christopher Miller, based on LEGO Construction Toys. Serving as executive producers are Jill Wilfert, Matthew Ashton, Jinko Gotoh, and Chris McKay. Patrick Marc Hanenberger (“Rise of the Guardians”) is the production designer, and Claire Knight is the editor. The music is composed by Mark Mothersbaugh (“Thor: Ragnorak,” “The LEGO Movie”). Trisha Gum is the animation director.

LEGO, DUPLO, their logos, the Minifigure and the brick & knob configuration are trademarks of the LEGO Group. ©2018 The LEGO Group.

BATMAN is trademark of and © DC Comics.